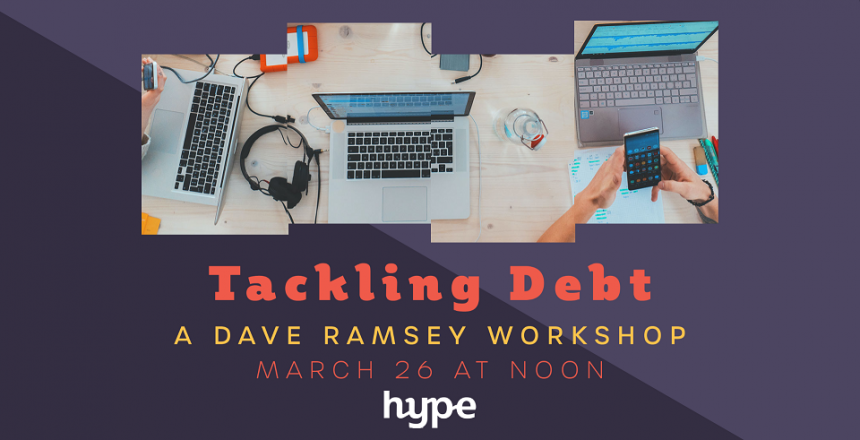 From the beginning, Josh taught attendees to balance perception versus reality. One of the main perceptions is that there is good debt when in reality, there is no good debt – especially consumer debt! Consumer debt is usually accumulated through payday loans, credit cards, or other nonmortgage or student loan avenues. The second perception is that your credit score is an indication of your financial health – when in reality, it is more of an indication of your relationship with debt.

Third perception: put it on the card… reality? On average you are more likely to overspend by 12% when paying with plastic! Josh also noted that studies have shown people’s mental happiness rose by 80% when they did not have credit card debt to worry about! Another perception is that you should have overdraft protection. Overdraft protection is a mechanism that moves money from one account to another to keep from overspending – banks in 2019 made an astounding $11.5 billion (with a B!) on overdraft fees alone. The best way to manage this is to always know your spending limits so the fee is not activated which in turn saves you money in the long run.

The fifth perception is that buying a new car is a sound investment – when in reality the best investment is a vehicle you can pay off quickly. Today, the average car payment is $580/month. If you saved that monthly payment, you could purchase the brand-new car outright in just three years! The sixth perception is that consolidation is good. In truth, you still have a pile of debt. The way to make consolidation work for you is if you consolidate your spending habits.

The seventh perception is, ‘I’ll just borrow the money from a friend, or from family,’ – the reality is that financial issues are some of the most difficult conversations one can have. We can eliminate these discussions by not asking or putting family and friends in a position where you are indebted to them.

Perception number eight is that a 401k loan is an available option. Reality? Never take a loan from your 401k. Never. As Josh noted, “you are taking a risk against your future to pay for your past,” and if you lose your job, you only have 60 days to repay the loan in full! Needless to say, this is not a good option and should be avoided at all costs.

The final two perceptions are that credit counseling, debt settlers, or payday loans will help; or you can simply file bankruptcy. The reality of these final items is that while they may work in the short term, they ultimately fail because they do not change your spending habits.

All of these factors contribute to difficulty in in tackling debt, but fear not, Josh does have some helpful tips to counter these negative effects. First, stop borrowing. This simple method allows you to set a finite amount that you have to repay (minus interest). Next, take time to create an intentional, proactive budget. Within this budget, create an emergency fund. This emergency fund will fight off any need to take out debt in the future and keep that fixed debt, from the first tip one, in place and keep you on track. The final step is to think sustainably. Your desire and motivation will set the momentum for reducing your debt. This is visible through the debt snowball.

The debt snowball consists of paying off your lowest consumer debt first; then pay off the second lowest consumer debt; and so on. This creates the sustainability and momentum behind tackling the debt and has the added reward of gaining little wins along the way. Some may question the snowball method (paying lowest debt first) versus the avalanche method (paying the highest debt first), and Josh notes that those who focus on the snowball method are more likely to achieve their financial goal rather than the avalanche method.

In the end, take stock of your debts, stop taking on any new debt, create a proactive and intentional budget utilizing the snowball method (while continuing to make retirement contributions, I should add), and sustainably tackle your debt for an increased feeling of not only financial wellness, but mental wellness too!

This event was sponsored by Bruce McMillan AIA Architects, P.A.

Hype is a program of the Manhattan Area Chamber of Commerce

drop us a line